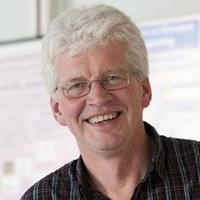 At the NANOCON 2015 conference Prof. Linnros will deliver the invited lecture at the session A - Nanomaterials for electronic, magnetic and optic applications; carbon nanostructures, and quantum dots.

Education and Professional Track:
Jan Linnros (*1953) received his Ph.D. in Physics (ion beam processing of materials) from Chalmers University of Technology (Göteborg, Sweden, EU) in 1986. After a post-doc at Bell Labs, Murray Hill, he joined the Swedish Institute of Microelectronics in Stockholm to work on semiconductor material and device characterization. In 1993 he accepted a research position at Royal Institute of Technology and was appointed full professor in 2001. He is an active teacher and initiated/headed a master program in Nanoelectronics/Nanotechnology.

Recent projects include the use of silicon nanostructures in bio-molecule sensing (nanowires) and DNA sequencing (nanopores) and for modifying surface properties. A main scientific break-through has been PL spectroscopy of individual silicon quantum dots.