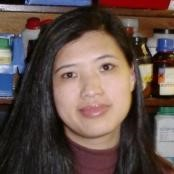 At the NANOCON 2015 conference Prof. Nguyen will deliver the invited lecture at the session C - Bionanotechnology, Nanomaterials in Medicine.

Education and Career Accomplishments and Research interests:
In 1992
, she graduated and received the award for top academic achievement in Chemistry at Vietnam National University in Hanoi and was selected to study at the University of Amsterdam under a NUFFIC (the Netherlands organisation for international cooperation in higher education) program, under which she embarked on a career in research.

In 1994, she was selected for an EU-funded Ph.D. position in Biochemistry. She developed a method to analyse different types of lipids in rat kidney and urine to study the renal toxicity of N-phenyl anthranilic acid, an agent inducing renal papillary necrosis and mefenamic acid, a nonsteroidal anti-inflammatory and analgesic drug. The outcome was that lipids could be used as a non-invasive marker for renal papillary necrosis, a major disease caused by long term abuse of analgesic drugs.

In 1999, she undertook postdoctoral work in medicinal chemistry at Aston University and developed a method to synthesise new cell membrane-permeable fluorescent analogues of the cyclic nucleotide second messengers, cAMP and cGMP, as sensors to study cellular mechanisms of memory storage.

In 2001, she moved to the United States to take advantage of pioneering work in nanotechnology. She brought together her previous skills to synthesise nanoparticle-based sensors for biological assays. An important feature of this first phase of work in BioNanotechology was the demonstration of the power of nanotechnological tools to simplify conventional bioanalytical assays, which results in substantial cost and time savings at the point of use. She developed a unique, sensitive, and highly specific immunoassay system for antibodies using Au nanoparticles (NPs). To exploit further the unique properties of Au NPs, a novel technique was developed for the synthesis of fluorescence-based nanosensors using Au NPs as a template.

In 2003, she joined the Liverpool Centre for Nanoscale Science. This position has provided a strong interdisciplinary environment.

In the period 2005-2014, she was awarded a prestigious Royal Society University Research Fellowship and University of Liverpool lectureship. She also has established strong collaborations with physicists in UK and abroad to study physical properties of NPs (e.g., magnetic order within individual Co NPs and magnetic interactions between them).

In 2009, she was appointed a UCL-RI Readership (Associate Professor) in Nanomaterials and based at The Davy Faraday Research Laboratory, The Royal Institution of Great Britain, the oldest independent scientific research body in the world.

In 2013, she was promoted to a Professor of Nanomaterials and based at UCL Healthcare Biomagnetic and Nanomaterials Laboratories, at the Royal Insititution and Department of Physics and Astronomy, Univeristy College London. She leads a very dynamic research group conducting cutting edge interdisciplinary research on the design, and synthesis of nanomaterials for biomedical applications.